Bloomberg infringes on our Rights


As a parent of three kids its not unusual to hear, When I grow up Im going to eat whatever I want! But somewhere along the line kids grow up and hopefully take responsibility for their bodies and accept the idea that healthy eating and moderate daily exercise is highly beneficial to their well-being. Making good food choices is a responsible part of becoming an adult, or is it? Not according to Michael Bloomberg who has implemented the nation's first soda ban. 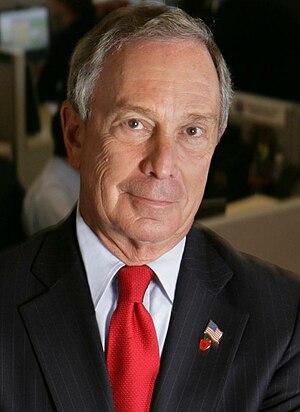 As the obesity rate soars into double digits and more and more Americans are facing severe medical conditions such as heart disease and diabetes the Federal Government has decided that they may have the responsibility to ensure that adults make good food choices.

How do they propose to do this? So far most of the efforts have been to revamp school lunches, but New York City Mayor Mike Bloomberg has even broader ideas. Efforts to ban the sale of sugary drinks was first announced in May of this year but approved in early September. What does the soda ban affect? Virtually all popular sodas which are larger than 16 ounces.

According to CNN, New York City's Board of Health voted for the soda ban for containers larger than 16 ounces in restaurants and other venues, in a move meant to combat obesity and encourage residents to live healthier lifestyles.

The soda ban drew protests, not only from the soda industry, which was expected, but also from citizens concerned about their rights to make free choices as grown adults.

The argument is that although obesity is a serious problem in the United States which costs us billions of dollars each year and an estimated $4 billion in New York City alone, there may be a more sensible solution to obesity than just banning over-sized, sugary drinks. Opponents of Bloombergs soda ban plan call it misguided and arbitrary. For instance, I can eat the largest tub of popcorn or ice cream but I cant get a 32 ounce soda?

Some people argue that people are smart enough to decide what they should eat and drink, but is this really the case? It is estimated that up to 58% of New York City adults are overweight.

The soda ban comes five years after the Bloomberg-appointed health board adopted a regulation that forced restaurants to all but eliminate the use of partially hydrogenated vegetable oils and spreads; another effort that was viewed by many as over-reaching.

I find myself torn. I am a huge proponent of freedom of choice, but I do realize that obesity has reached epidemic levels and is costing me real money. Regardless, I have to side with freedom. Just because drinking copious amounts of sugary soda may not be healthy doesnt mean it should be illegal. As with most governmental efforts the goal may be noble, but the ultimate result is not. For instance, banning sodas could be argued as the first step in additional infringements of our freedoms. Just look at what has been done to smokers over the last 10 years. Is smoking bad? Sure, but should smokers be relegated to the back alley, hiding in shame to enjoy a few puffs? Im not so sure.

Whats next? Thats what all Americans should ask themselves every time a silly new law or regulation is imposed. What will the Government ban next?