Conservatives may be nervous about his immigration policy, but Sen. Marco Rubio, R-Fla., is one of the few legislatures bold enough to talk about reforming Medicare and Social Security, something most of us know will eventually have to be done. 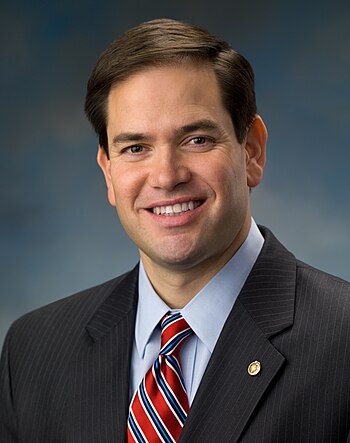 Marco Rubio addressed reforming Social Security and Medicare at a talk on Tuesday afternoon for the National Press Club. This freshman senator, who may be making a bid to be a contender for the 2016 presidential election, spoke in detail about his plan to overhaul the countrys Social Security and Medicare systems. Marco Rubio admits his plans might be controversial, but hes willing to spend some political capital to help fix the problem.

Each of the three legs of our traditional retirement stool  personal savings, pensions and Social Security  is wobbling, Marco Rubio, 42, said before the Washington crowd. If we do nothing, each of the three will likely cease to exist as we know them well before my generation enters retirement.


Medicare and Social Security to be insolvent

For years the issues surrounding Medicare and Social Security have been ignored, but Marco Rubio says now is the time to stave off insolvency. In fact, Rubio announced there is a mathematical certainty that Medicare and Social Security will be insolvent by the time he reaches the age of 67 if something is not done. He has called on politicians from both sides of the aisle to join him in the fight.

Rubio knows any serious conversation about cutting entitlements is likely to make him a target by his political opponents, but he believes changes can be made without hurting the elderly, like his mother.  I would never or will never support anything that would hurt my mother or retirees like her, Rubio said.


What does Marco Rubio suggest to save Social Security and Medicare?

Rubio listed specific changes he thought could be done immediately that would not hurt those who currently receive the entitlements such as gradually raising the retirement age for younger workers under the age of 55 and expanding the congressional retirement savings program to workers whose employers dont offer similar programs.

A big question on everyones mind at the luncheon was whether Rubio is considering running for president in 2016. He has not made up his mind but did state that if he did run for president he would not run for a second Senate term in 2016.

I dont think you can effectively run for an office of that magnitude while having some exit strategy in mind, Rubio said. He also noted he would not make his final decision until he knows what other Republicans may be considering a run.

Lets hope that if he does decide to run he will keep addressing major issues that need to be addressed sooner rather than later to keep the country solvent. Lets also hope his opponents do not use his willingness to tackle controversial topics as a reason to lambast him in the election.