In another example of no good deed goes unpunished, CNN reports that Disneyland and Walt Disney World Resort will no longer allow visitors with disabilities instant access to rides, starting next month. What started out as a genuine effort to help those with disabilities enjoy the park has morphed into a program frequently abused by able-bodied park attendees.

Disney parks had allowed handicapped park goes to get guest assistance cards which could be used by the visitor to gain quicker access to rides, often entering through exit doors to bypass the main lines. But according to a report, which first aired on CNNs Starting Point in May, a social researcher brought attention to a shocking trend of wealthy visitors hiring disabled individuals to go to Disneyland or Disney World with them, and pretend to be part of their families so the family could benefit from the expedited service.


Disney World and Disneyland will still allow the handicap to avoid the hassle of waiting in long lines but instead of an all access card, they will be issued a new disability access card with a time to enter an attraction, much like the current FastPass process. Although Disney stressed there are some differences. For instance, the current FastPass system only offers a specific number of passes per hour, but the new disability program will give the guest a card with a return time based on the actual wait time for the ride.

The new program is also similar to the old one in that it will not require disabled guests to provide proof of their disability. According to a Disney spokeswoman, Suzi Brown, Disney World continues to respect the privacy of their guest, and due to confidentiality laws, they will not ask guests to offer proof of a disabling health condition.

Disney World also noted they only made the policy changes after discussing it with specific disability groups and remain committed to making their parks accessible to all guests. The goal of the new policy, according to Disney, is to create a more consistent experience for all our guests while providing accommodations for guests with disabilities.

The announcement about the policy change was given on a Disney fan site last week and will be initiated on October 9th of this year. 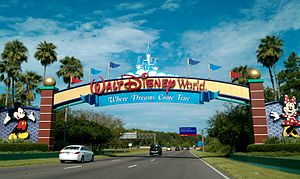 
What do the disabled think?

Families who were asked for feedback on the new system agreed the abuse of the program was not good, but they are also concerned the new system could make things more complicated for families that really need help. Others commented that they had confidence in Disneys plan and noted that historically Disney has done a good job of accommodating guests with special needs. For instance, Disney will continue to offer wheelchairs and Electric Convenience Vehicles for rent, special dietary offerings at most restaurants, designated relief areas for service animals, plus options for guests with hearing and visual impairments.

More details will be released about the program in the coming months. Guests who still have concerns about the policy can talk to guest relations about their assistance needs.