Conversion disorder is a mental health disorder which manifests itself through physical symptoms. Signs and symptoms may occur after a traumatic event, for instance, but the stress can manifest itself through the claimants senses. It is generally agreed that persons suffering from this disorder are not faking it but are actually experiencing significant physical symptoms such as: 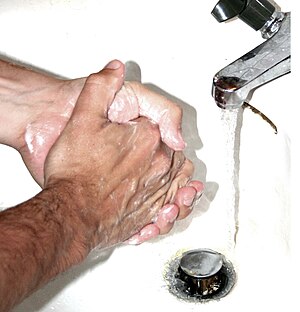 Conversion disorder is more common in women than in men and is closely associated with other mental disorders such as depression, obsessive compulsive disorder, and anxiety.

The good news is conversion disorder generally does not last very long. There is no known prevention for this disorder, although the condition generally dissipates when the stress or conflict is eliminated. Under some conditions medication may help and psychotherapy may also be beneficial. Talk to a medical professional if you are experiencing any physical symptoms which do not have a known cause.

The challenge for most claimants with conversion disorder will be convincing the Social Security Administration that their disorder will continue for at least 12 continuous months. The SSA will also expect that you have sought proper medical treatment and you are following your doctors prescribed treatment plan. If you are failing to do either of the above you may be automatically denied SSDI or SSI benefits.


Meeting a listing for conversion disorder and winning SSDI or SSI

First, the SSA will determine if there is medically documented evidence of one of the following a  history of multiple physical symptoms of several years duration, beginning before age 30, that have caused the individual to take medicine frequently, see a physician often and alter life patterns significantly or persistent nonorganic disturbance the claimants vision, speech, hearing, use of their limbs, sensations, movement and control, or unrealistic interpretation of physical signs or sensations associated with the preoccupation or belief that one has a serious disease or injury.

The SSA will not only evaluate the above but will require that the conditions described above interfere with two of the following: the claimants daily living, their ability to maintain their social functioning, their ability to concentrate, maintain persistence or pace or whether they have had repeated episode of decompensation.

If your condition does not meet the listing as described above you will have to prove to the SSA through medical evidence that you do not have the ability to work. To do this you need good medical documentation that describes your work limitations.

Most claimants who do not meet a listing will have their SSI or SSDI claim denied at the initial application level and may need to talk to a disability lawyer about how to prove their SSDI or SSI claim.