According to the Centers for Disease Control (CDC), attention deficit hyperactivity disorder (ADHD) is one of the most common mental health disorders of childhood with symptoms including inattention, impulsive behavior, and hyperactivity. The disease is most frequently diagnosed in childhood, although it is likely to persist into adulthood. Children with ADHD are more likely, especially without medical treatment, to have reduced academic performance and family and social issues. 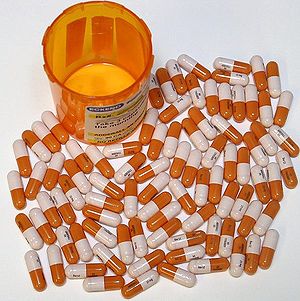 According to Health Day News, there has also been a sharp increase in visits to emergency rooms throughout the United States involving ADHD medications. In fact, the number of trips has doubled from 2005 to 2010. Oddly, the increase in visits has spiked highest within the adult population.  The report noted that the rate of E.R. visits for children and teenagers remains the same for the years in question.

According to the U.S. Substance Abuse and Mental Health Services Administration (SAMHSA), the number of ER visits rose in those years from 13,400 to 31,200. Pamela Hyde, Administrator of SAMHSA, noted that these medications are beneficial for thousands of ADHD patients but just like other medications they pose a serious risk if they are misused. There were 2.3 million E.R. visits which occurred in 2010 due to the misuse of all medications.

Although serious complications and death from ADHD medications are rare, patients who misuse the medication or overdose may experience increased blood pressure, chest pain, stroke, irregular heartbeat and other various cardiac symptoms such as a racing heart.

Data suggests that some E.R. visits are due to accidental ingestion, overdose or patients taking medications which are not prescribed to them. Others had adverse allergic reactions to the medications.

There has also been a noticeable uptick by some involving Adderall, which is commonly prescribed for ADD/ADHD, for weight loss. The medical community warns individuals that using Adderall for purposes other than what it is prescribed for can be very dangerous and should be avoided.

Hospital data was also analyzed in 2006 and WebMD contact the company that makes the ADHD medication Ritalin. Novartis responded to the request for comment stating, "Regarding emergency room visits due to overdoses and misuse of ADHD medications reported by the CDC, when used inappropriately all medications have unpredictable effects. ADHD medications should only be used as indicated under the care of a qualified physician," the statement continues.

"Ritalin, approved by the FDA in December 1955, has a long record as a safe and effective medication for the symptoms of ADHD. For more than 50 years it has helped patients and their families lead more productive, healthy lives," states Novartis.

Whats the bottom line? As mentioned by the SAMHSA and Novartis, it is necessary for all patients to monitor their own prescriptions and not take medications which are not prescribed to them. Talk to your doctor if you have health issues and think you need medication.